Osu is one of MOONmin's most favorite games and he could sit for hours just playing it. Osu is a rhythm based game mainly played on PC Platform. Every year they hold competitions for the most advanced players on Osu. The main songs on Osu are Japanese/Anime type songs. It still has some American songs but limited. Even though Osu is a Japanese game, it is still a very entertaining and the best game for you if you are competitive. 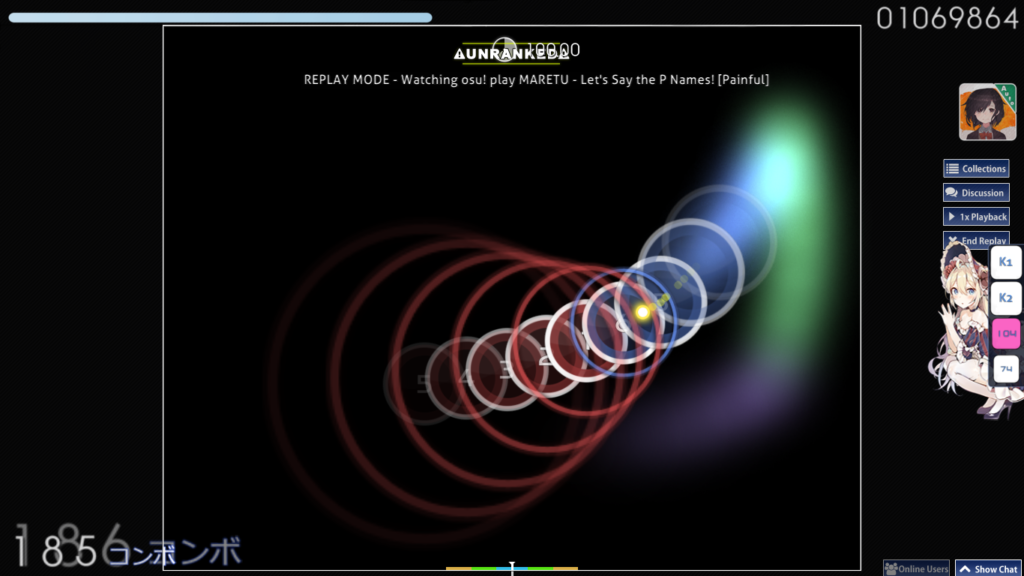 You can add Mods to your game in the selecting the Mods icon in the bottom bar. You can challenge yourself by speeding up the game or take it easy by reducing the health takeaway. If you're not happy with the mods you added you can always just click the "Reset All Mods" button. Mods can also be used as an advantage when playing with others to make your score go higher by increasing the difficulty. You can mess around with the mods for fun and also add an automated mod which basically plays the game for you but you cannot use it when playing with others because, of course, that would be cheating. But just go ahead and mess around with the mods. The more you mess with it, the more you understand it.